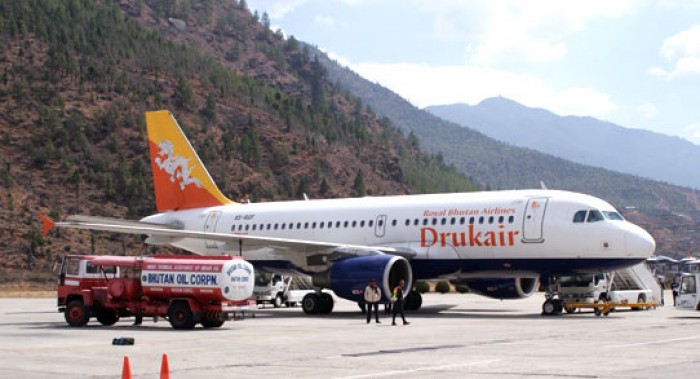 Paro is a town located in Paro valley of Bhutan. It is a cultural town which attracts many tourists from all over the world to experience it. Its streets are filled with traditional architecture including several monasteries and cultural sites like Taktshang Lhakhang, Kyichu Lhakhang, Drukgyel Dzong, etc. It is home to the only international airport of Bhutan known as Paro Airport (PBH). It lies 6 Km from Paro on the bank of Paro Chhu river at an elevation of 2200 M. It is also regarded as world’s most challenging airports and has single 1964 M asphalt runway with single passenger terminal. It also acts the main base for Druk Air.

Bhutan is a most popular tourist destination and it’s easy to access Bhutan from Kathmandu. So, Kathmandu to Paro (Bhutan) Flight is a very popular flight those traveler who want to go for Bhutan tour from Kathmandu. It is a short flight of only 36 minutes and Only Druk Air is operating direct flight from Katmandu to Paro and return. Also you can also access Paro by Thai Airways via Bangkok and from India too.